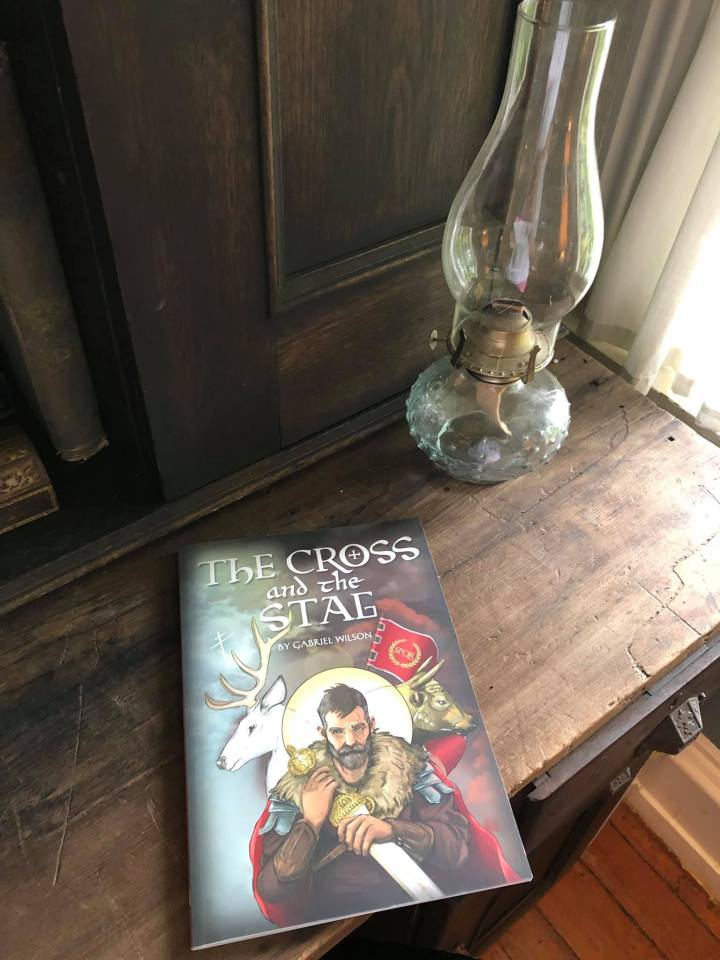 Perhaps I’m not the only mother of a child who struggled to read, nor the only to find that graphic novels, comics, and Big Nate style hybrid books were part of the key to helping such a child to ease into reading, spurred on by visual story to decode the text that would give the key to understanding.

When I met the author of The Cross and the Stag, Gabriel Wilson, at a writer’s conference, I was intrigued by his project with Ancient Faith, the Among the Saints Series.  Graphic novels with beautifully rendered illustrations that tell the stories of our beloved saints?  I immediately thought of my newly-illumined eleven year old son and how much he’d appreciate this way of learning about the saints.

The Cross and the Stag tells the story of the life of St. Eustathius, his wife, and two sons through their conversion to Christianity, their seemingly insurmountable trials and tests of faith, and their martyrdom circa AD 118-126.  I had heard his story before, but somehow seeing it illustrated placed and grounded my imagination into the scene, the horrors he faced as he lost all that he held dear were inescapably before my eyes, indelible as ink.

As a mother raising six children, I am so incredibly grateful for every tool available to teach my kids about the heroes of our faith.  Finishing the book in one sitting, my eleven year old wrote out his thoughts, among them:  “Never give up God, even in the hardest times.  It’s hard for me to find God when I miss a playdate or something, but St. Eustathius lost his cattle, servants, grain, and got his wife taken away from him.  He thought his kids were dead, but he kept praying to God.”  What a powerful example of perseverance for all of us to aspire to! 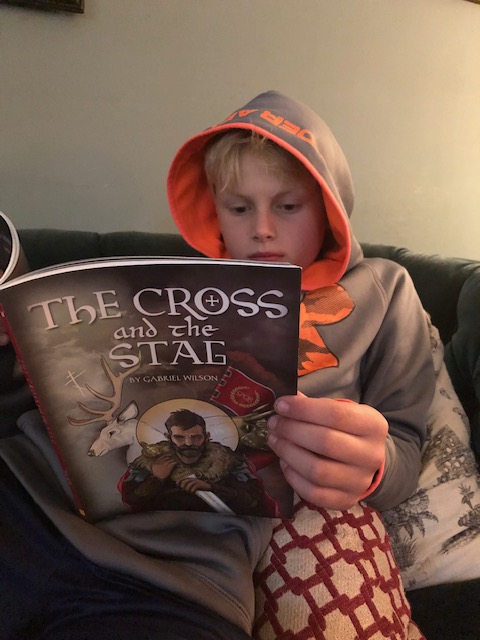