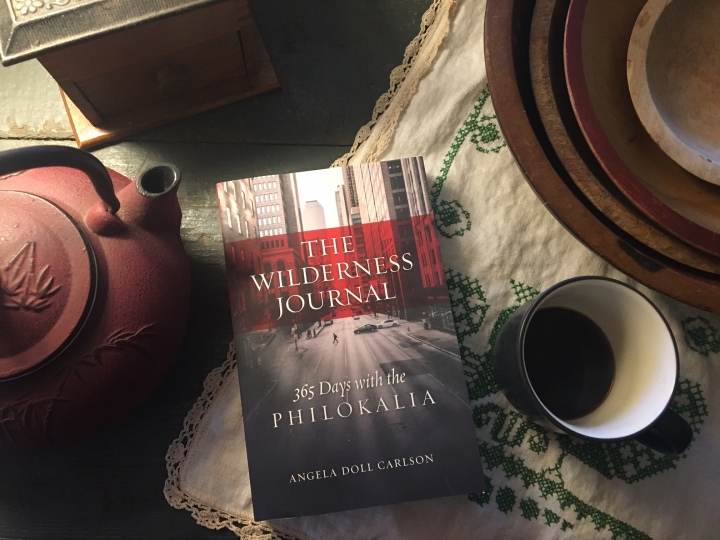 It was startlingly intimate.  Like sitting in a solitary place, with a familiar book, and suddenly a stranger has approached and spoken softly, without preamble, “And this is how it is with me, with this,” pointing to the text in question, “Here is what my soul felt.”

I’ve spent four years with the Philokalia, my battered copy of the first volume has been the book I packed everywhere, from the beach to a hiking trail.  It is a collection, an ancient one ranging from 300-1400 A.D. of texts written by spiritual masters, by saints and recluses, monks and priests.  Philokalia is best translated as “the love of the beautiful”, and a more apt name I cannot imagine.  In an age of delusion, illusion, artifice, and dissipation, I find nothing as beautiful as truth; it is precise medicine, and when delivered by ones whose hearts have been conquered by Love, healing follows.

I was used to reading the words alone.  Indeed, I didn’t know anyone else personally who was also meditating on it, so my journey was a rather solitary affair.  When I saw that this book by Angela Doll Carlson was available I was overjoyed; a fellow pilgrim!  How did it strike her?  What thoughts had it stirred within her?

“Be vigilant in prayer and avoid all rancor.  Let the teachings of the Holy Spirit be always with you, and use the virtues as your hands to knock at the door of Scripture.”

So I heard her voice, her unpretentious voice, and again, I was surprised; here was no small talk, no wide gulf of academic apologetics to separate writer from reader; here she was, vulnerable, open.

“When my kids would complain about getting up for school, I would say, ‘I know it’s hard.  Do it anyway.’  On the mornings when it is most difficult to get up, I remind myself of this blurry-eyed advice.  Exercising control, leaning into prayer, knocking on the doors of Scripture become a tow rope to pull me from being left to my own devices.  The evidence of our need is clear when the struggle pushes in on us before we’re even out of bed.”                                -The Wilderness Journal, Day 38

Reading this work has been something of a book club with a new friend.  I nod empathetically, I see the texts in a new light by how they’ve illuminated her.  In a strange way, I can know Evagrios the Solitary a bit better because of how he is understood by Carlson.  As C.S. Lewis said in The Four Loves, on his chapter on Friendship:  “In each of my friends there is something that only some other friend can fully bring out. By myself I am not large enough to call the whole man into activity; I want other lights than my own to show all his facets.”

The stranger that spoke so intimately gradually became a familiar voice and a regular companion as I read.  We were joined intermittently by guides who introduced the authors of the texts, giving flesh and history and place to the words which however ancient and removed from our times as they may be, have the same direct relevance to our lives, to our souls.  One does not have to be a monk in the desert to apply the spiritual teachings; the Enemy of our souls has not changed over the millennia, and he afflicts both the ascetic and the waitress, the bishop and the accountant.

I am certainly in favor of reading primary sources, but reading in community, even if one can only truly be a passive observer of how a text affects another, is a gift.  Somehow it seems that there are few book clubs that pop up ready to study ancient teachings of recluses and monks, so it is a blessing to have another voice, a fellow pilgrim’s thoughts weighing in on these marvelous texts.